"One small step for Bitcoin, one giant leap for mankind".

A report from Bitcoin 2021 in Miami

With more than 15,000 Bitcoiners from around the world, Bitcoin 2021 was the biggest Bitcoin event ever. Originally the conference was supposed to take place in Los Angeles, but with the Coronoia virus still running rampant in California, it was moved to Miami, which is increasingly becoming the Bitcoin hub of the US.

This is not only due to the low taxes, the good weather and the fact that Covid restrictions have been abolished since September 2020, but also due to Francis Suarez, the mayor of Miami, who is fully supporting the Bitcoin ecosystem and intends to make Miami the most Bitcoin friendly city in the USA. Public sector employees will be able to receive a part of their salary in Bitcoins, surpluses of the city treasury are to be invested in Bitcoin, big events like Bitcoin 2021 may take place without restrictions. And of course he gives the opening speech of the conference. 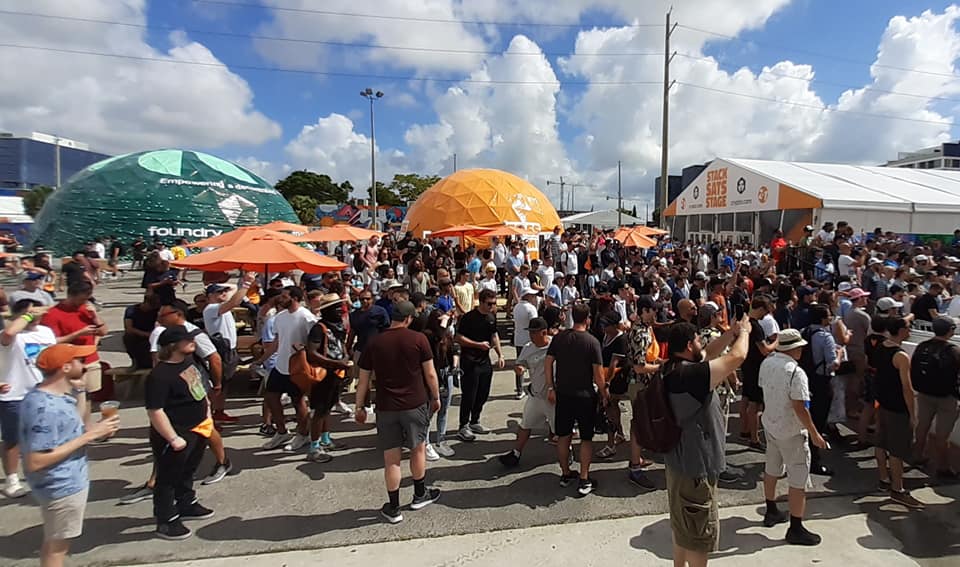 More than 15,000 visitors at the biggest Bitcoin event ever

The hall at the Mana Convention Center in the trendy Wynwood district is packed. Many Bitcoiners, who had to queue for two hours in the blazing Florida sun to gain admission to the site, can't find a seat. It's not that bad, because the speeches from the main stage are shown on screens all over the grounds. There are several dome tents, a skateboard track, a graffiti wall, a basketball court and numerous food trucks, with endless queues at lunch. The whole thing is more reminiscent of a festival than a classic conference. Even in the exhibition hall with numerous sponsor stands, there is a large gallery of crypto art that you can buy as NFT - based on the Bitcoin blockchain, what else? 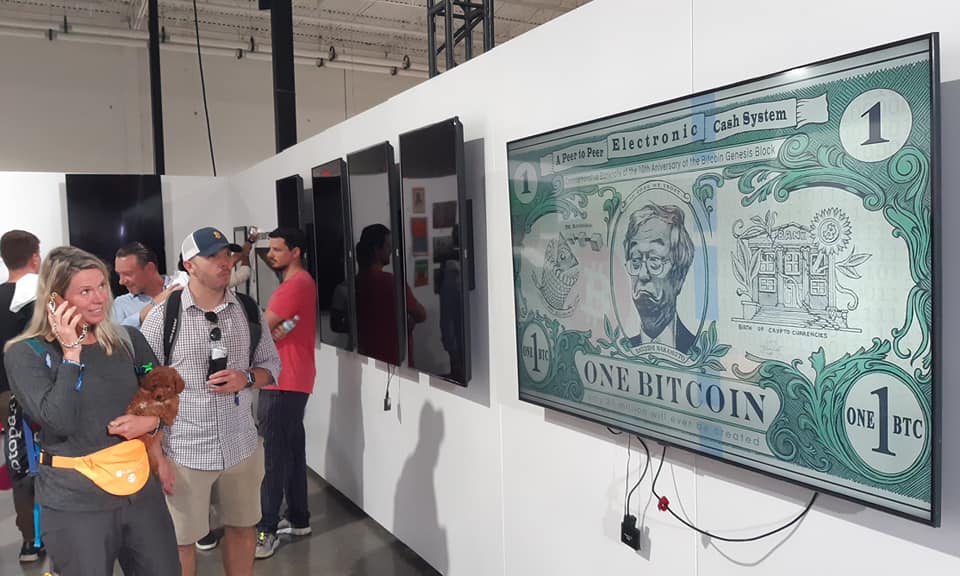 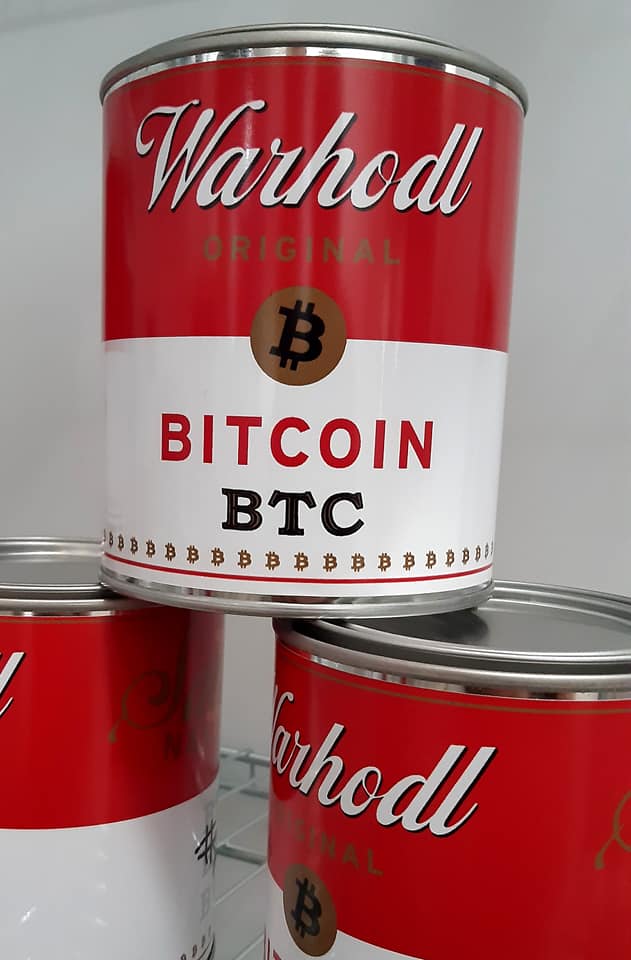 As the name implies, Bitcoin 2021 is a Bitcoin-only conference. Other coins and blockchains have no place here. Therefore, a few streets away "Shitcoin 2021" happens, an alternative conference for all other cryptocoins, which Bitcoin maximalists disdainfully call "shitcoins". But there is no real rivalry, many visitors can be seen at both events. However, Shitcoin 2021, whose venue would otherwise presumably host punk rock concerts, is much smaller and cheaper. While tickets for Bitcoin 2021 start at 1000 US dollars, the alternative initiated by Ken Bozack works on a donation basis. I paid 10 dollars for my ticket, I was also only there for one morning. 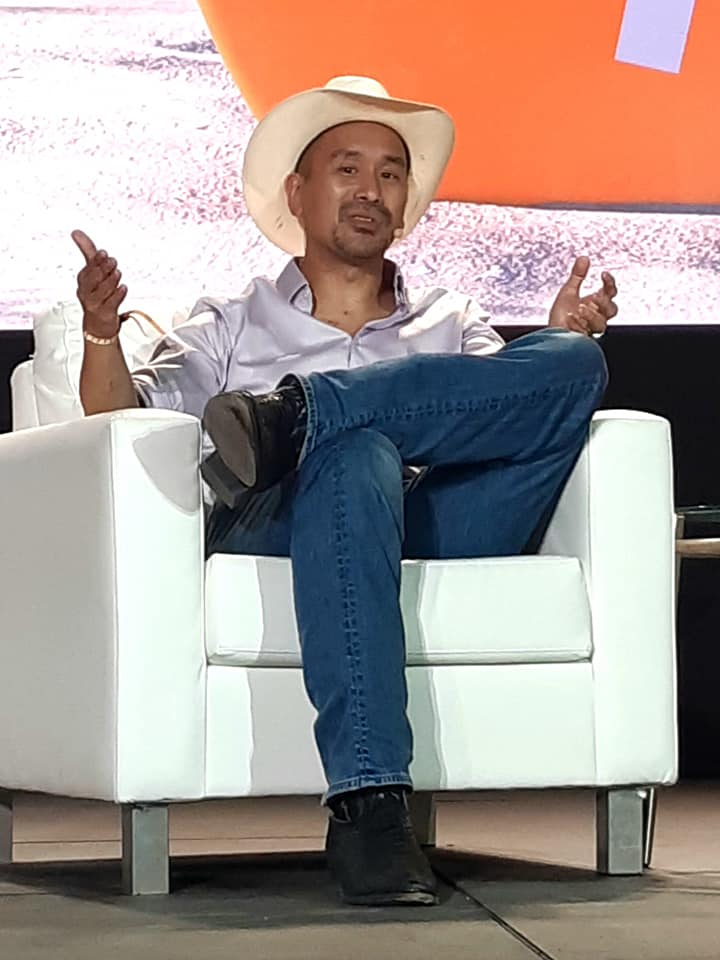 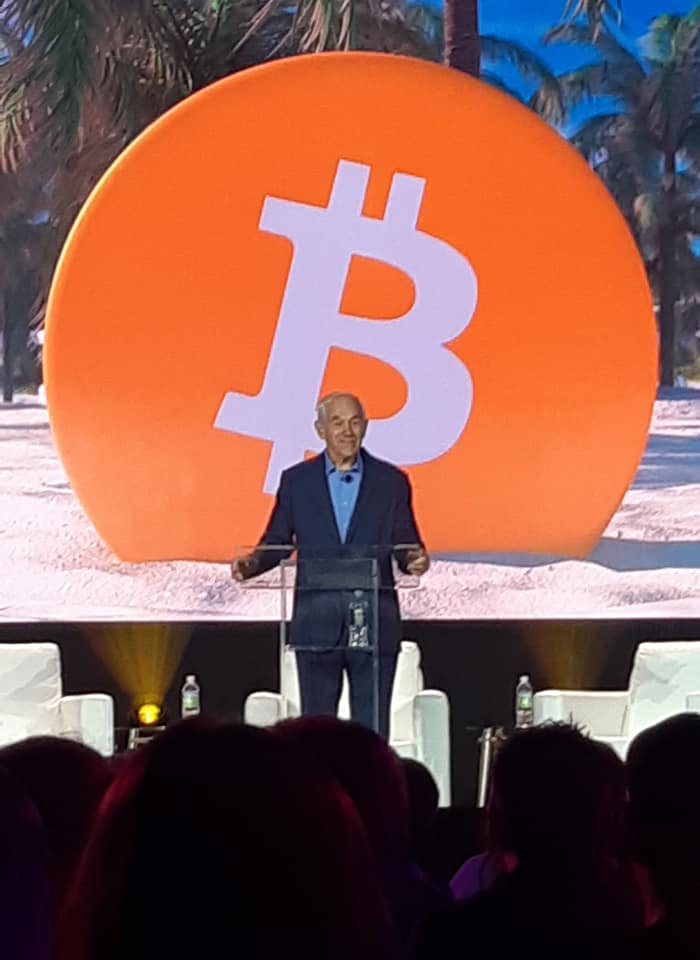 Ron Paul and Jimmy Song
Obviously, Bitcoin 2021 has a much more impressive list of speakers. First and foremost Ron Paul, the best known libertarian politician in the US, who receives standing ovations for his speech. He criticises the Federal Reserve's monetary policy and calls for its abolition, claiming that a centralised monetary system endangers freedom and prosperity.
This spirit of freedom runs through the entire conference. Hardly anyone here talks about the Bitcoin exchange rate, regulatory laws and other boring things. Bitcoin 2021 is all about making the world a better place, implementing a fair monetary system and helping poor people in the third world. One panel is even fully dedicated to the "Moral Cause" of Bitcoin. Especially Jimmy Song gets a lot of applause for his statements on the moral value of Bitcoin. The presentation by Twitter founder Jack Dorsey, who was heavily criticised from the audience for his censorship policy, was less well received. 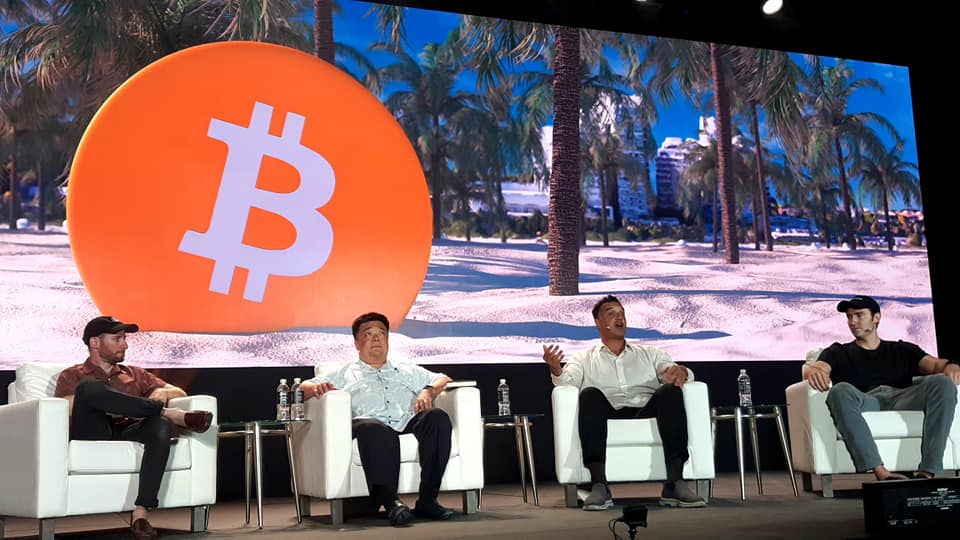 On the panel "How to Onboard One Billion New Bitcoiners", Ray Youssef of Paxful reports on his work in Africa, which is now leading Bitcoin adoption. In Nigeria, the amount of remittances coming into the country through services like Western Union has dropped by 40%, as more and more Nigerians switch to Bitcoin. For this, Youssef says they are mainly using the Lightning Network, whose fees cost only fractions of cents. The central bank has banned banks from handling Bitcoin, but this does not stop Nigerians from using it at all.
Bitcoin's allegedly high electricity  consumption is also a topic. Bitcoin Magazine editor Aaron van Wirdum interviews Steve Lee from Square about this. Their Bitcoin Clean Energy Initiative has published a white paper that predicts Bitcoin will be an important factor for the implementation of green energy. The surplus energy from solar and wind plants that has to be given away at peak times to avoid overloading the grid can be used for Bitcoin mining, which significantly increases the viability of renewable energy sources. According to Lee, a large proportion of miners already use renewable energy, especially from hydropower. 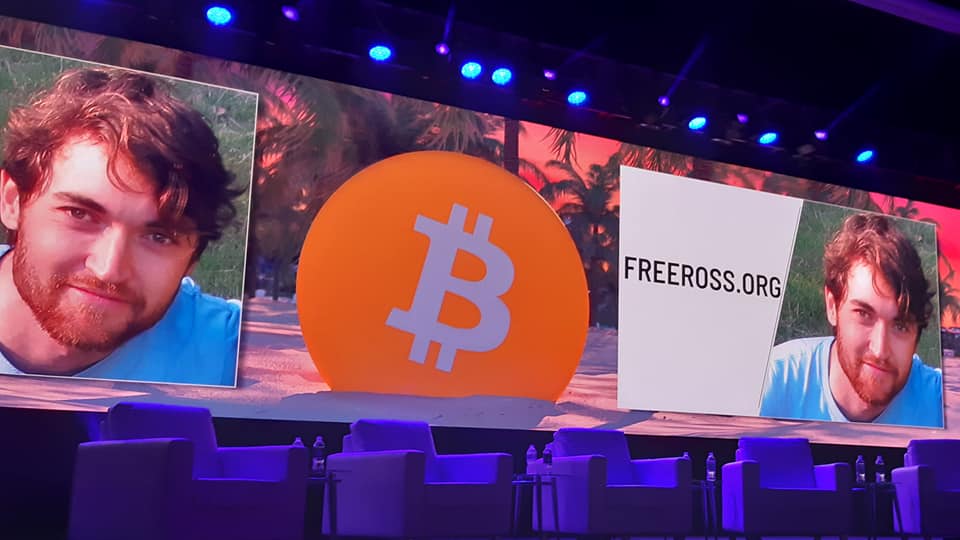 Ross Ulbricht is interviewed from prison.

Probably the most touching moment of the conference: an interview with Silkroad founder Ross Ulbricht from prison. Again and again Ross emphasises what it means to lose your freedom. He seems broken and depressed, having been in prison for eight years. His “crime” was running an e-commerce site that accepted Bitcoin and violated questionable laws that prohibit people from using drugs - which is surely harmful but not a crime. If rational politicians like Ron Paul could decide, the "war on drugs", which benefits only the drug cartels, would have ended long ago and Ross Ulbricht would be a free man. 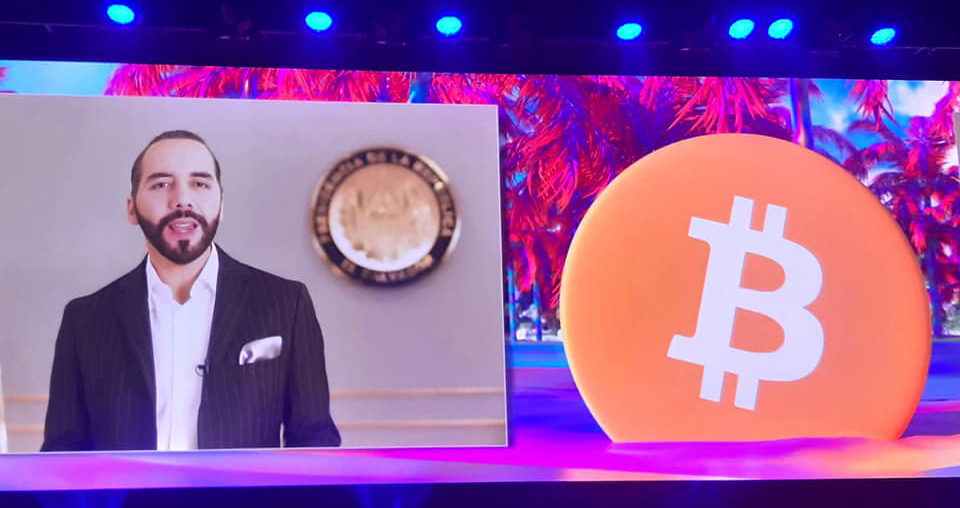 Then James Mallers from Strike announces a historic move: Nayib Bukele, the president of El Salvador, makes his country the first in the world to accept Bitcoin as legal tender. In El Salvador, Tesla is now required by the state to accept Bitcoin payments. Although the concept of "legal tender" is as superfluous as a central bank, this decision can nevertheless have symbolic power and be imitated by many countries. The crowd celebrates this news, which is "a small step for Bitcoin, but a giant leap for mankind", as James Mallers points out in the style of Neil Armstrong. He is very active in El Salvador with his Lightning app Strike. He was the one who convinced the president of the advantages of a decentralised monetary system. 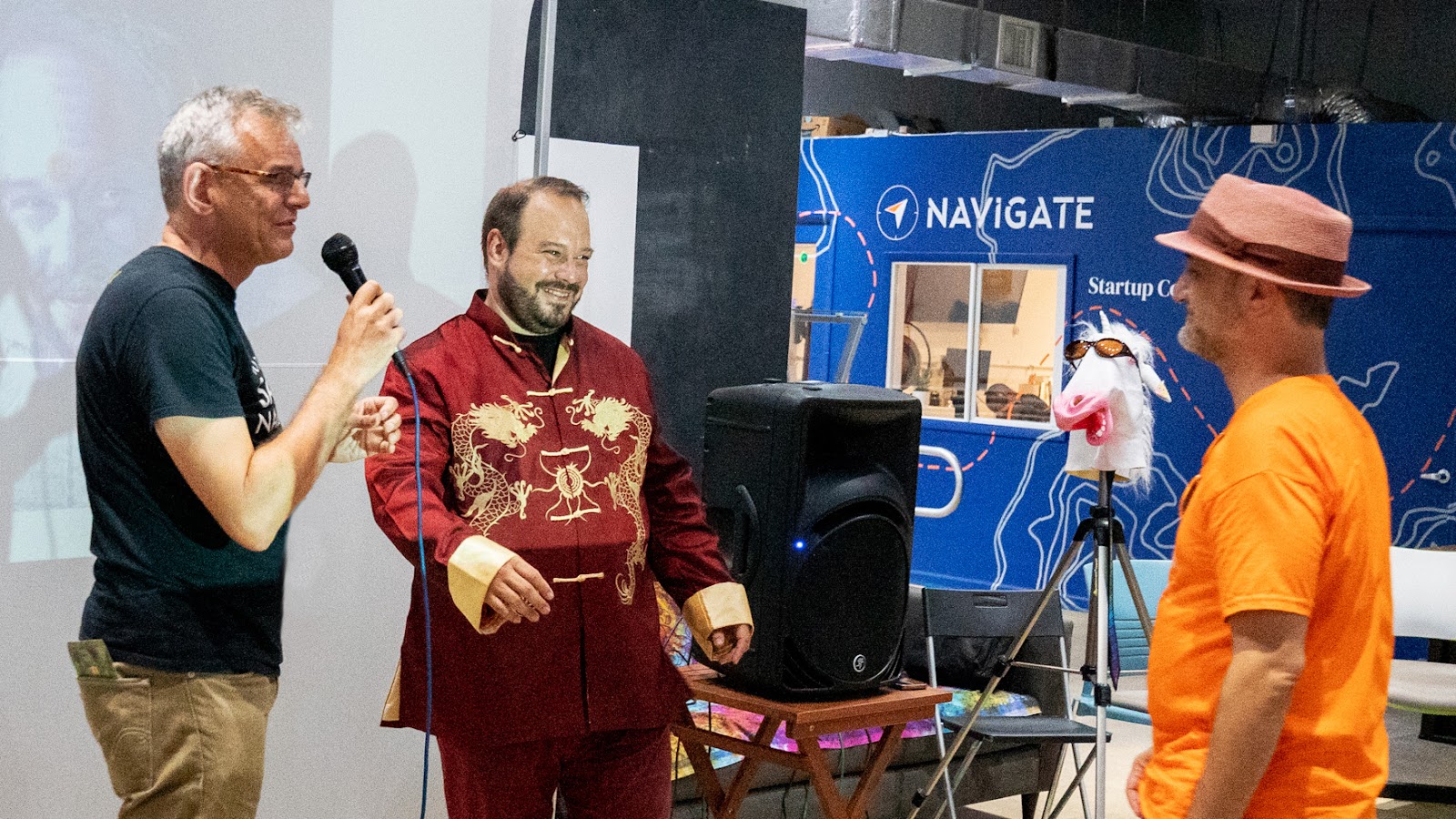 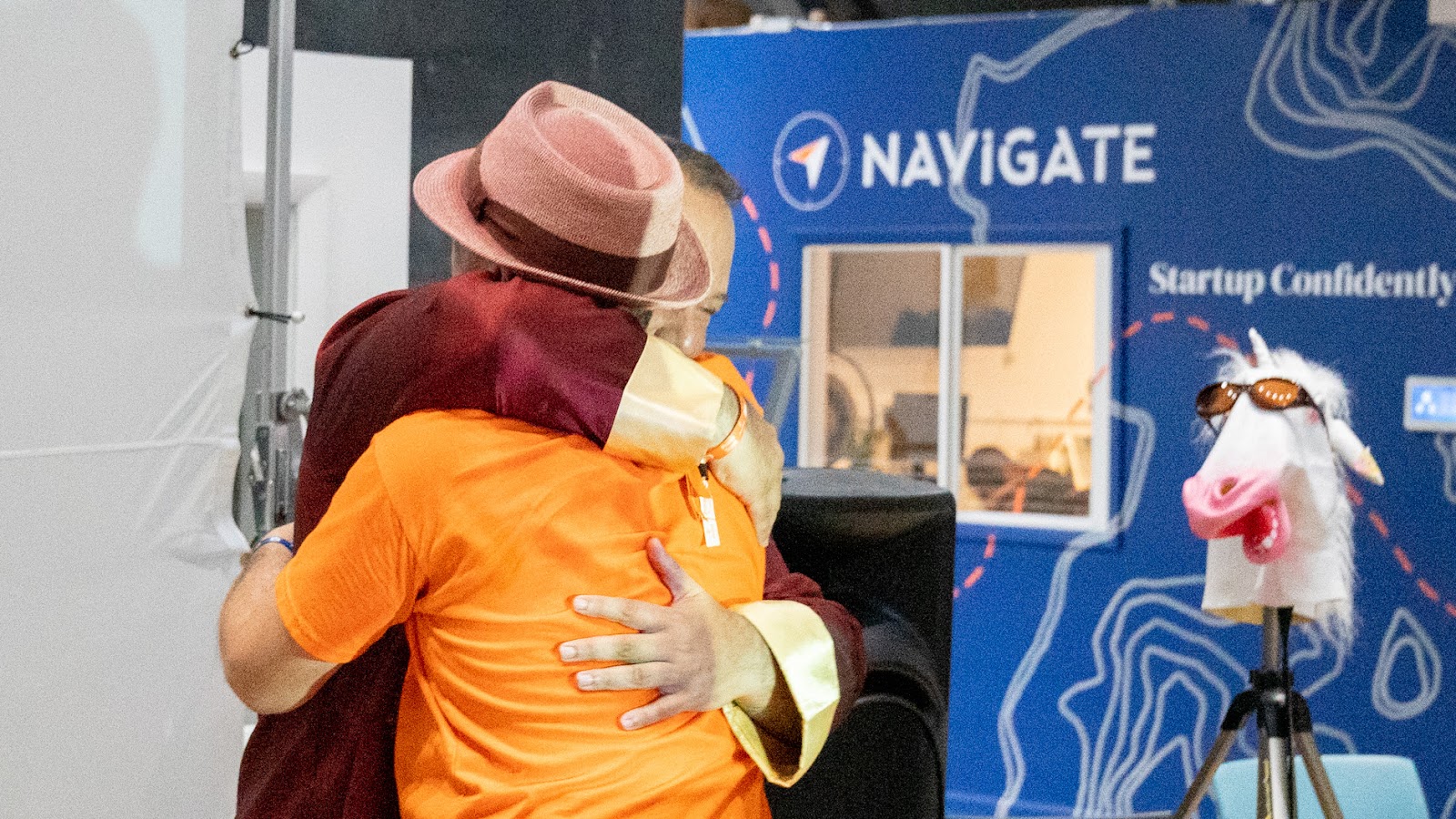 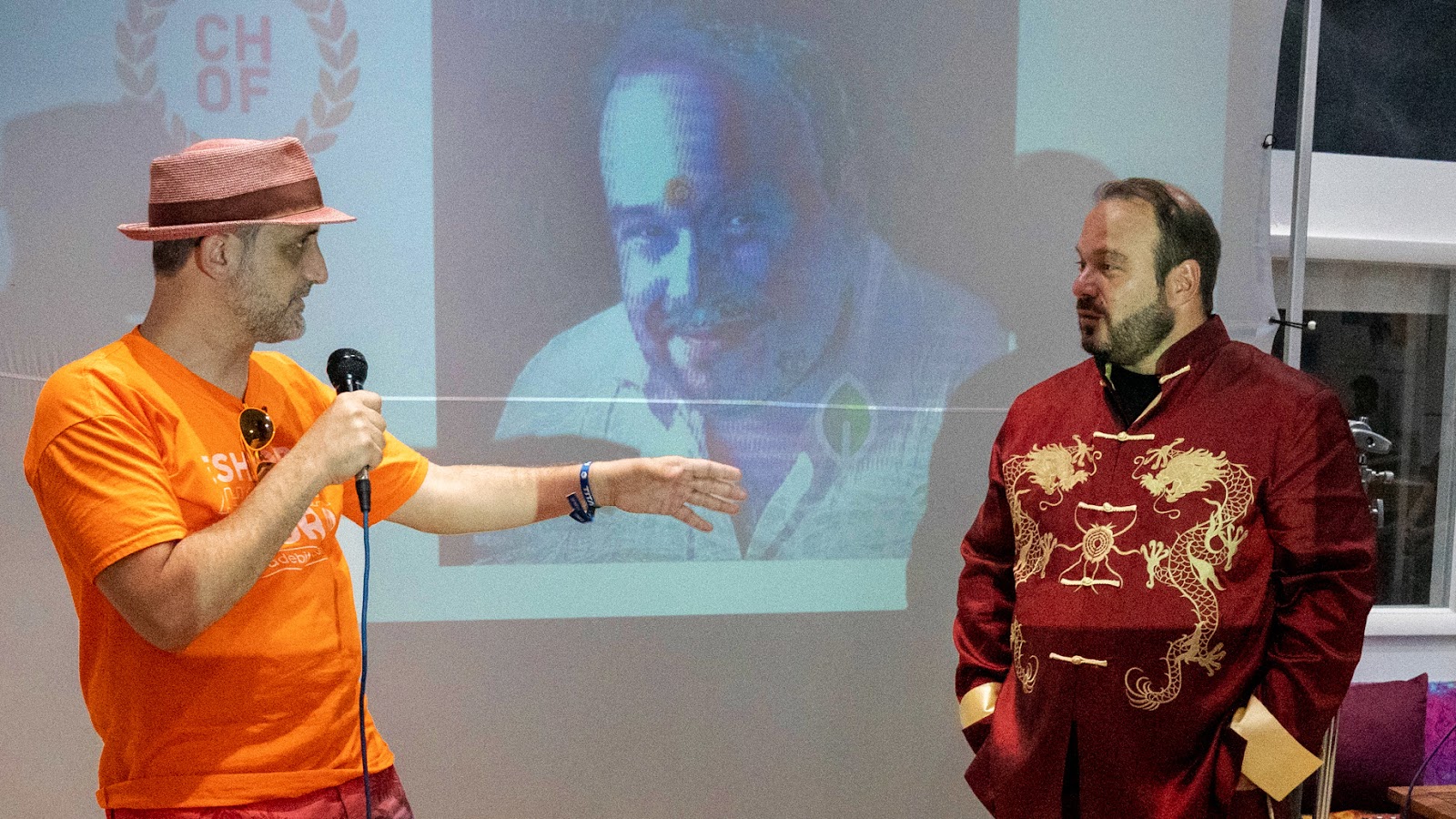 My personal highlight is the induction of Diego Gutiérrez Zaldívar into the Crypto Hall of Fame. I created this Crypto version of the Rock'n'Roll Hall of Fame myself. Until now, I had decided together with the artist Max Cryptohead who he would portray for it. From now on, a seven-member committee consisting mainly of journalists from leading crypto media, is responsible for this. It made the decision in favour of the founder of RSK Smart Contracts, Bitcoin Argentina and the Latin American Blockchain Alliance in two ballots. Diego beat out Ralph Merkle, the inventor of Merkle Trees, and Bitcoin veterans Charlie Shrem and Erik Voorhees, among others. 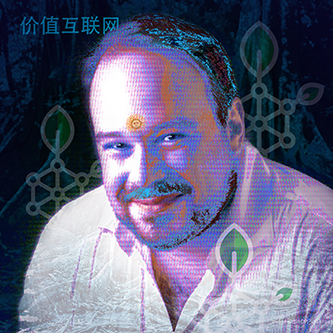 His portrait now hangs in a 3D online gallery alongside Satoshi Nakamoto, Hal Finney, David Chaum, Nick Szabo, Vitalik Buterin and other pioneers of the crypto movement. Twice a year, the Crypto Hall of Fame will induct a new membe. The next ceremony will take place at the Latin American Bitcoin Conference in December 2021, probably in El Salvador. Anyone can make suggestions on who should be inducted, and the final decision will be made by the panel of experts.

Bitcoin 2021 was quite exhausting due to the long queues and huge crowds, but it was also a great experience that will probably go down as an important milestone in Bitcoin history.