“First, I try to help the people who don’t have anything”

Ukraine has successfully held out against the Russian aggressor for over 100 days. Over 100 days of suffering and struggle at the front. Countless volunteers support the fighters and victims of this war. They keep everything running and work where the state loses sight. At the smallest level: directly on the people. They sacrifice their private lives for this. Many of them are under enormous stress and work two full-time jobs. The regular work and the work as a volunteer. Contacts with family and friends suffer as a result. They bring food, equipment and medicine to the people who need it most. They keep in touch with the soldiers on the front and take care of them. They provide logistics and raise funds. They are the heroes in this story. Their names and faces are not on the front pages of the world press. The world public does not see their commitment and their suffering.

One of these volunteers is Oleksander. I met him on social media where he messaged me. On the one hand because he needed help for himself, but also to introduce me to his city and his work. Therefore, I went to Київ and got to know him. He took me through destroyed settlements around Київ and introduced me to the people he helps. The victims of this war. We were together in Буча, Ірпінь and Гостомель. Those were emotional days. In the end, I decided to do the following interview with him.

Can you please describe what you were doing before the war started?

Before the war broke out, I had a small business. The company specialized in woodworking. In addition, I was a student majoring in IT courses.

Then, when the war broke out, did you become a volunteer?

My work as a volunteer started in 2014. Together with my friends, we took care of our city. We helped the local people. Actually, my work started a little before that. I took part in the Maidan protest. There I transported injured people and brought them to safe places. That must have been February 2014. It was at the time the protests were at their height. Directly after this I started to support our troops in the east and try to help the victims of the war. In 2014, I organized a voluntary patrol in the city of Ви́шгород.  With like-minded people, we assembled a team, built a strategy, and taking into account all the important points, my friends and I guard the city and its surroundings day and night.  Later we cooperated with the local police and helped each other to protect Ви́шгород.  At the same time, I was a member of the same Kyiv team called AVTODOZOR.  There I met, among other things, many people with whom I still communicate.  Some of them have been at the front since 2017, some since 2022. Some volunteers are like me.  Also, in 2014, I began documenting and setting up my public organization "07300 People for People", which is still functioning.

You had your first experience in 2014. How has your work changed, especially since February 24, 2022?

Today I only have my job as a volunteer. I had to close my company. This little warehouse where we meet was actually my place of work. Actually, I wanted to finish my courses at the university and find a good job in the IT industry. Nevertheless, everything has changed now. I do not know how to combine my regular work and my work as a volunteer now. Working as a volunteer is taking up too much time these days. The work starts in the morning and ends late in the evening. Nevertheless, I still try to finish my IT courses.

What exactly is your work as a volunteer since the beginning of the war?

I bring a lot of food to the victims of the war. But also other things. For example phones. When the Russian occupiers came, they stole people's mobile phones. You cannot contact friends and family. That is where I try to help. We buy the things or collect them as donations. Then we transport them to the people. However, I also collect military equipment for the front when I get requests. These are, for example, helmets, vests or belts. I have a friend who is actually an instructor. Now he has been moved to the yellow zone and I have to help him get good equipment. Other soldiers hear about my work or find me on the internet. Then write to me and tell me what you need. Then I try to bring it to them. They fight and defend us from the Russians, but sometimes they need the most basic equipment. They have guns but no protection.

All of your work costs a lot of money. All the food and equipment. How do you finance and organize your help?

I have different ways. On the one hand, I ask via Facebook if people want to buy the things. Then I store them and transport them. This is one of the main sources. It goes something like this: a few days ago, I got a call from a woman. She told me that she got my number from other volunteers and if I could help her. She needed medicine and food. I said okay and asked her where she is from. She said Ха́рків. Then I thought about how I could best help the woman. I collected and bought food and medicine and now I am sending a 30 kg package to her.

Do you have enough resources for all requests?

No of course not.

How do you decide which people to help and which not?

First, I try to help the people who don’t have anything. For example, today there was a woman in Київ and she asked me about food. In this city the shops work. Київ is an almost peaceful town and this woman asks me for food without any need for help. She should go to town and ask there. She should go to a supermarket and buy food there. Instead, she is wasting my time. There are places near Київ without electricity or without gas. The people cannot cook there. The people in these towns also do not have the opportunity to buy food. These people need my help. In Київ you can go to a supermarket and buy something. This is how I decide which people I help and which I do not help. Sometimes, of course, people in Київ need help but in this case, there was no need.

There is a lot of free space in your warehouse. When will the next delivery arrive?

All the things you see here in my warehouse were donated by larger NGOs. Many of them from Львів but also from other Ukraine city’s. For example, they bring us potatoes or milk and other food. However, it has been over a month since the last delivery. We do not have any direct donors for military equipment. So I collect money myself to buy the equipment. I always try to collect the money quickly for inquiries, but it is spent just as quickly. I have no financial buffer and start from scratch every time.

How can people from other countries support you?

With equipment. I have a long list. For example, radio equipment is urgently needed at the moment. But also other things. Helmets, vests and military clothing. Tactical first aid kits are also very important and much needed. But also medicine. For both, soldiers and civilians. This is a big problem. Sometimes we do not have the medicine we need and people die.

How do you assess the humanitarian situation in Київ and the surrounding towns?

Київ is fine in most places. There are only minor problems. For example, a house was partially destroyed by artillery. The people there have no food and need support. Nevertheless, most of Київ is okay. Just the surrounding towns and villages have big problems. Some bridges are destroyed and the logistics do not work. The supplies are delivered with boats. Some villages are almost completely destroyed.

Does the Ukrainian state help the victims of this war enough?

Of course, our government can do more. There is always more help needed. I think the government has to decide where the focus is. In helping the civilian victims of this war or in the military. The military is defending my homeland from the Russians now. I find it completely understandable that the state is looking more for the military. It is not an easy decision.

Many European NGOs are raising a lot of money to support Ukraine. Do you see the help arriving in your country?

I have the feeling that a lot of help is arriving. Some of the things stored here come from Sweden. Some from Italy. Support reaches me from many countries in Europe. However, as you can see, my supplies are running low. Maybe there are big NGOs that have even more goods. As a small organization, of course, only little support from Europe reaches my camp.

Do you know international organizations that help in Київ or the surrounding places?

I do not know any. Maybe the Red Cross. I am not sure.

Many people come back to Київ. Do you think that is a good idea?

Yes, I think so. Many people have left their jobs and our economy is in serious trouble. For example, the production of medical goods has collapsed. That is a big problem because people were not in the factories to work. When they come back to Ukraine, they can work again. It may not be so safe here yet, but we need the people. I have not left Київ and will not go in the feature.

Why did you decide to stay in Київ?

Because it is my home. It’s my country. Here are my family and my friends. I help the people who protect us. I do not understand how people can make a different choice. Since I have no military training, I was not allowed to join the army. I tried it twice. They said without an education they don't need me. That is why I am going to help you my country in a different way.

Thank you for the interview.

If you would like to support Oleksander's work, please send us an email or write to him directly. 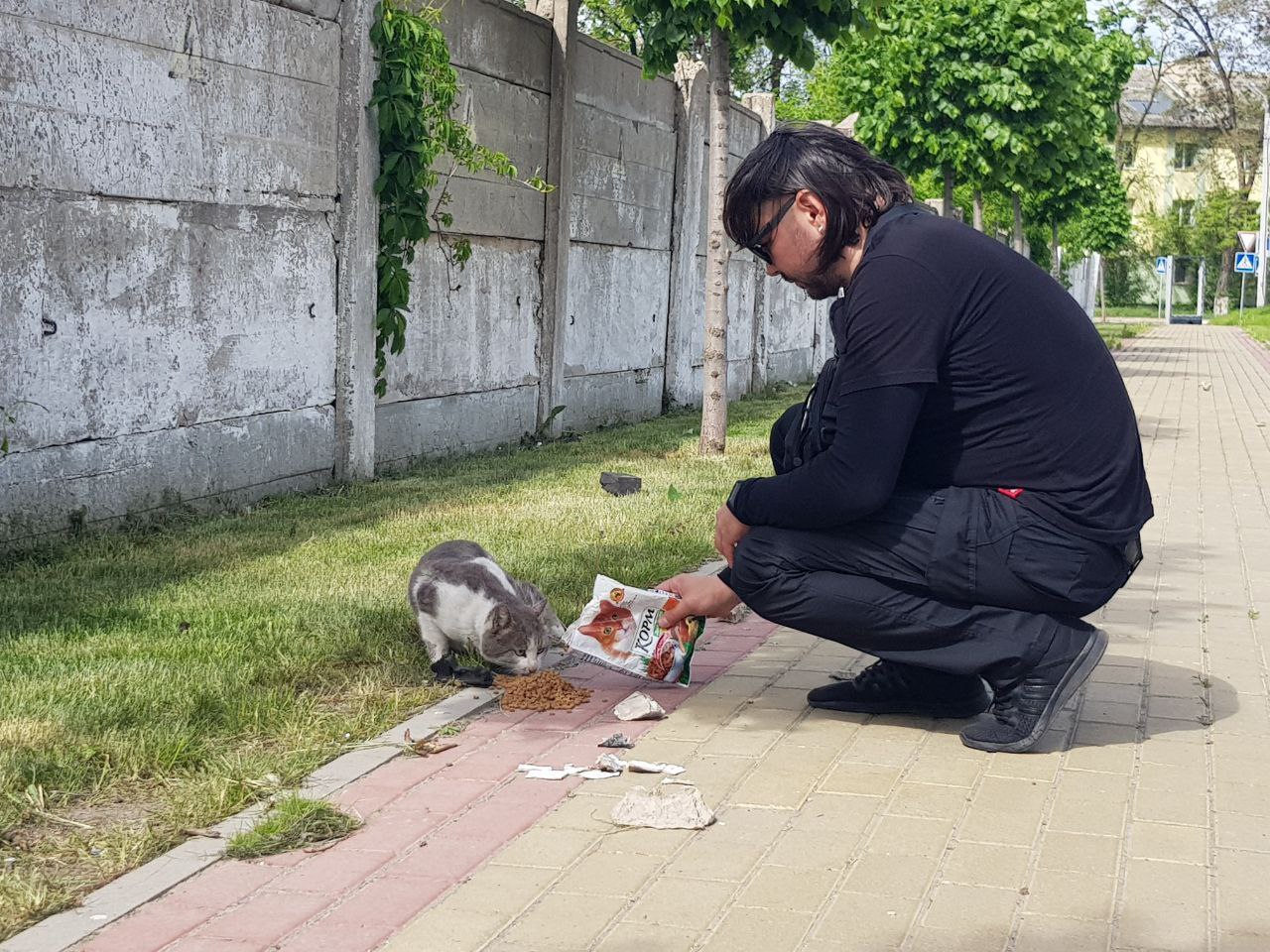 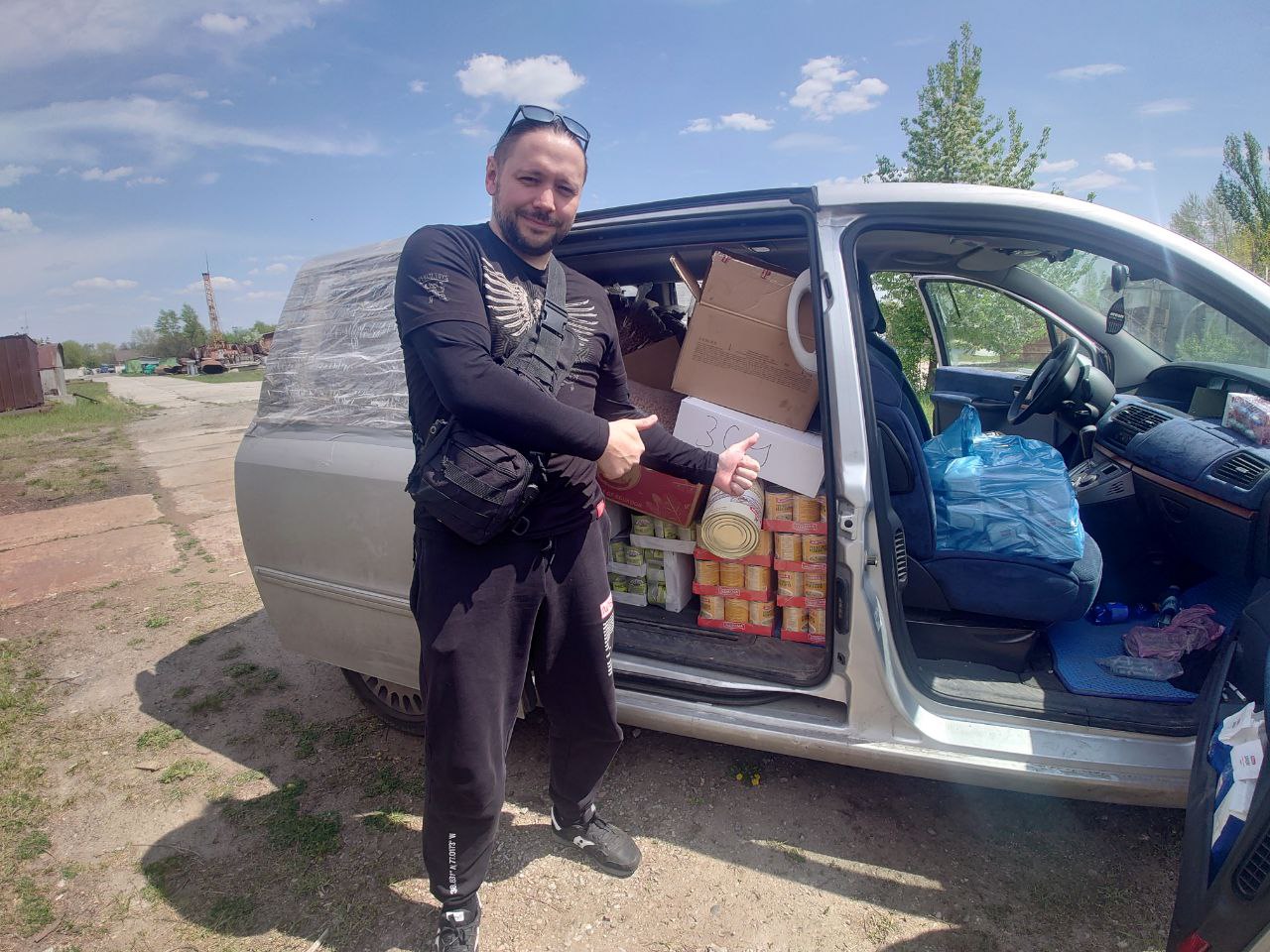